Ninth Reformed was organized in 1892 as a daughter church of Second Reformed, the second Reformed Church congregation on the west side. 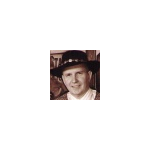